Whistleblowers: Your Rights And What You Must Know 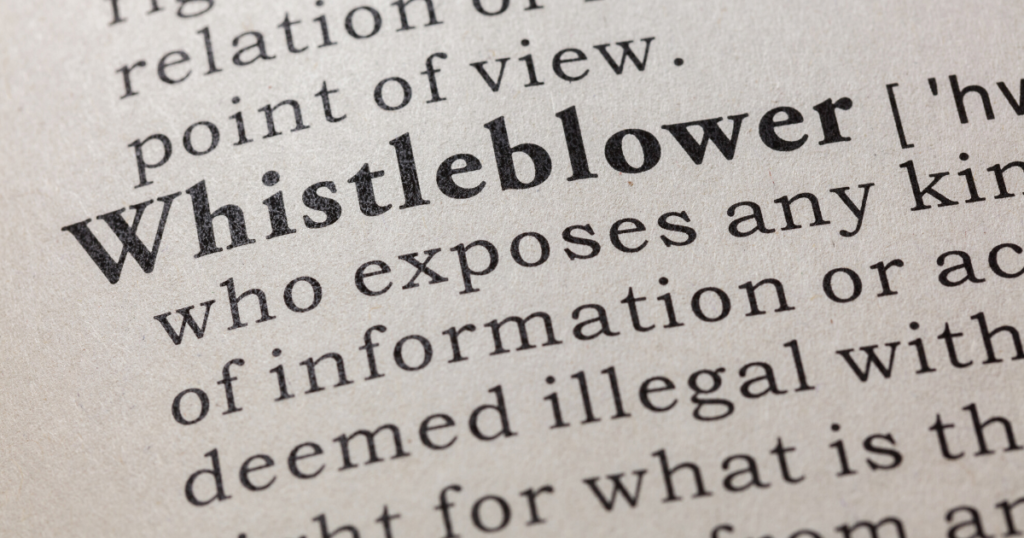 As an employee working for an organization in California, you have certain rights to protect your interests and the interests of the society at large.

These include whistleblower rights. To understand these rights, you should be aware of the definition of a whistleblower. An individual who reports about any wrongdoing in an organization or about someone holding a position of authority is legally known as a whistleblower.

Prior to 2014, the California Whistleblower Protection Act only prohibited retaliation against employees who would report a violation of the law to the police or a government agency. The law was expanded in 2014 to include the reporting of an employer’s violation to “any public body” that may be carrying out an investigation or hearing or to a superior within the organization.

In addition, California whistleblower laws now also allow reporting of anyone acting on the employer’s behalf (such as a third-party contractor). Whistleblower protection in the state is also extended to workers who report violations even when it is not a part of their official job role or responsibility.

If you have suffered retaliation from an employer for reporting a violation, you have protection under your whistleblower rights in California. You can file a claim for damages, which could include loss of wages and even damage to reputation (depending on the type of retaliation).

An employee in California may not be retaliated against for any of these protected activities:

You only need to have a reasonable cause to believe that the employer has committed a violation, but you are not required to prove it. Even if it turns out that there was no violation, you will still have whistleblower protections if your suspicion is found to be reasonable.

Employers in California are prohibited from making policies that could prevent workers from reporting suspected violations of the law. Whistleblower protection also extends to future employment. Any future employer may not retaliate against you for your whistleblower action in previous employment.

How to File a Whistleblower Retaliation Claim in California

If your employer in California has retaliated against you for having acted as a whistleblower or has wrongfully discharged you from service, you can file a lawsuit for damages.

You will have two years from the date of the retaliatory action to file a lawsuit as per the statute of limitations. If you believe you have suffered whistleblower retaliation, speak to an experienced workers’ compensation lawyer in California to protect your rights.

At the Law Offices of Jeffrey Fleitman, we are determined to win and always provide frank and honest advice. Our clients recognize us as the “best lawyers in town.” Call us at (310) 399-2889 or fill out our online contact form for a free consultation today.

By Jeffrey Fleitman | Posted on October 30, 2019
When we take on your litigation we believe that there is no challenge too great for those who have the will and the heart to make it happen. We pride ourselves in having these characteristics.
I attended Southwestern School of Law and in 1993 I became a lawyer in the state of California. I realized immediately that there was a need for honest, fair minded and truthful legal advice since most people have no idea about their legal rights. My goal from the start was to become a role model for lawyers and to improve the reputation of lawyers.
Full Attorney Profile