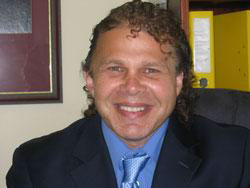 Mr. Fleitman was born and raised in Brooklyn, New York. Mr. Fleitman was brought up by his parents to always put himself in the shoes of others and to never take advantage of others. Mr. Fleitman was a outstanding high school student and won academic awards and a New York City Regents Scholarship Award. During this time when he was fifteen years old he won his first of twenty national paddle tennis championships and was the youngest champion ever. He also won the National twenty-three and under championship in Platform Tennis. During Mr. Fleitman’s time in (Abraham Lincoln High School) he won the PSAL High School tennis Championship and the Iron Horse award for best athlete in his sport. Mr. Fleitman always attended public school and graduated the College of Staten Island with a degree in Psychology. On the day of his graduation Mr. Fleitman packed his car and moved to California. He had always dreamed about living in California and attending law school there. When he arrived in California he had fifty dollars, no job and no money was coming from his family members. Mr. Fleitman decided to take a job as a headhunter until he could complete his applications to law school. By the time Mr. Fleitman’s applications were completed there were only two ABA approved schools still accepting applications. Mr. Fleitman was accepted to both schools and chose Southwestern School of Law.

He attended Southwestern School of Law at night and worked as a law clerk/paralegal during the day. This schedule left little time for leisure but Mr. Fleitman was determined to reach his goal of becoming a lawyer and fighting for the rights of people who could not protect their own interests. In 1993 he was admitted to the bar and began doing appearances and legal work for other firms. In 1994, Mr. Fleitman lost his father and shortly after that event he decided to open up his own firm. Mr. Fleitman realized that in order to help his clients properly he must treat them as if they were family members whose best interest must never come second and must always be taken into account.

In 1995 Mr. Fleitman opened up his own firm in Santa Monica doing personal injury work and soon amassed a large client base. During that time he began to see many instances of insurance companies taking advantage of individuals and decided that someone needed to stand up for the rights of the individual against these large insurance companies. His early practice areas were Personal Injury and Insurance Law. Shortly after this time he also began practicing employment law, sexual harassment, discrimination, class actions. It became apparent to him that individuals could not get justice unless someone would take up the fight for them.

Here are some mottos I believe in, live by and use in my practice of law:

The wisdom of our ages and the blood of our heroes has been devoted to the
attainment of trial by jury. It should be the creed of our political faith.”

I look forward to being your lawyer.

Share This Page:
When we take on your litigation we believe that there is no challenge too great for those who have the will and the heart to make it happen. We pride ourselves in having these characteristics.